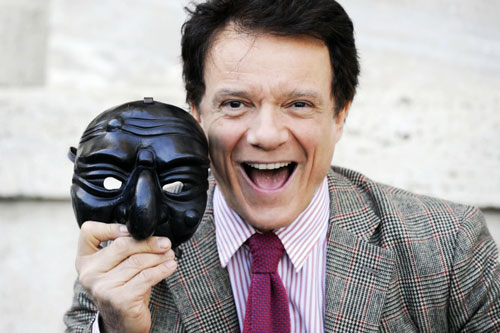 Massimo Ranieri (born in Naples, Italy Giovanni Calone, 3 May 1951), is an Italian pop singer, film and stage actor. He was born in Naples (at Santa Lucia), the fifth of eight children in the family. When he was 10, young Giovanni would sing at restaurants, wedding receptions, etc. He was discovered by a music producer about four years later and was flown to New York to record an EP under the name of Gianni Rock. In concert at Taormina the 27th of August !