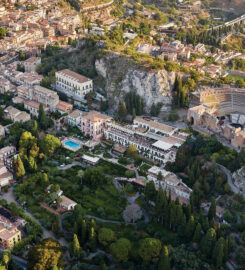 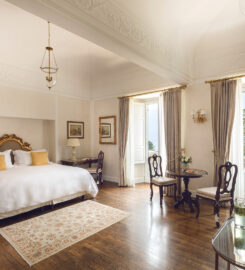 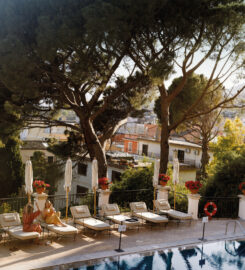 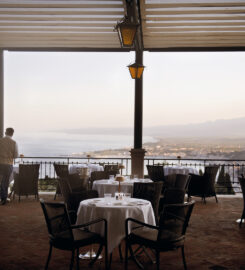 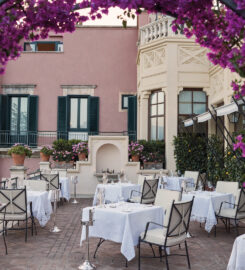 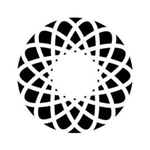 Live the High Life in the Italian Sun

Grand Hotel Timeo, a Belmond Hotel, is a storied hideaway in the heart of Taormina. Set high on rugged cliffs, next to the magnificent Greek Theatre, its views span majestic Mount Etna and shimmering Naxos Bay. Since the mid-1800s, this tranquil enclave has proved irresistible to celebrated writers and Hollywood icons alike. Its famed Literary Terrace has welcomed Oscar Wilde, DH Lawrence and Truman Capote, as well as dolce vita icons Cary Grant and Audrey Hepburn.

Though close to the action, the hotel is in its own serene world, far from the crowds. Within six acres of lush parkland, bougainvillea and roses bloom. Guests can cool off in a scenic swimming pool, enjoy alfresco massages and linger over gourmet picnics on the manicured lawns. Sun-filled rooms and suites are furnished in true Sicilian style. Many boast hypnotic views of the coast and Mount Etna or medieval rooftops.

Dining is exceptional here. Michelin-starred cuisine and Sicilian specialities are savoured against a backdrop of sea, sky and mountain. To sip a cocktail on the Literary Terrace, beneath the volcano’s ever-present gaze, is an unforgettable experience.

Your request has been submitted successfully.